Your tax dollars at work

President Obama is spending $200 million a day on his trip to India.  It's a four-day trip.  Over three-quarters of a BILLION DOLLARS for whatever diplomatic discussions which could probably have been accomplished just as efficiently via email. 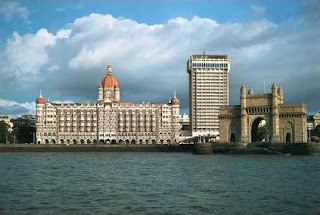 "About 3,000 people including Secret Service agents, US government officials and journalists would accompany the President," reports a Press Trust of India article.  He booked the whole damn palace for his entourage.

Meanwhile we peons at home are staggering under a massive tax burden and widespread unemployment.

And liberals question why we don't like this guy?
Posted by Patrice Lewis at 9:19 AM